Improvement works continue in the streets of Riga City centre Improvement works continue in the streets of Riga City centre. This week, landscaping elements are planned to be installed in the sections of Aleksandra Čaka Street and Krišjāņa Valdemāra Street. Street improvements include benches, bicycle racks, flower boxes, and rubbish bins.

Improvement works at A. Čaka Street were started in spring with the planting of 26 trees from Pērnavas Street to Ērgļu Street and flower meadows along Barona Quarter and the dividing strip from Ērgļu Street to Tallinas Street. In total there are 36 different types of flower boxes, nine benches and rubbish bins.  The installation of landscaping elements has already been completed in the section of Dzirnavu Street from Tērbatas Street to Gogoļa Street, at Lenču Street and Ganu Street. 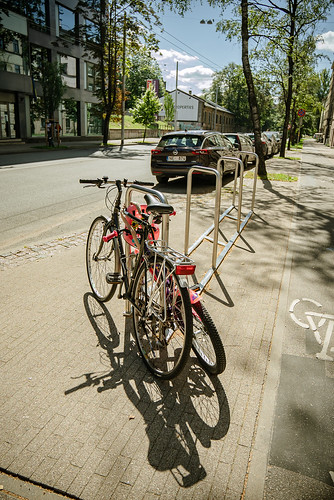